Critical acclaim, a Golden Cricket (Gouden Krekel – the foremost youth theater award in The Netherlands) for playwright Jibbe Willems and a string of international performances: Jabberbabble is an absolute success. Kwatta travelled with Jabberbabble to China last August, for a residency at the Art Space for Kids in Beijing. We collected some interesting and often intriguing impressions among the visitors there…

In China too, Jabberbabble received a lot of positive reactions. After the performances in Beijing, children stood in line to get a picture with the cast. The made up language by Jibbe Willems was interpreted in wildly different ways, but left no one indifferent. We present a few excerpts from some of those reactions below, along with the original (social media) posts. Next up on the Jabber agenda are the below UK and Ireland dates!

“On the way home, we used the bird language with our children”

“The venue was quiet, except for the laughing children. A bird language composed out of 20 different languages is impossible to understand, but you can feel the meaning of the words”

“Adults and children interpret the play totally different. To me, this is a dark fairy tale while children probably see it as a happy story”

“Somehow, Jabber reminderd me of the movie ‘The Truman Show'” 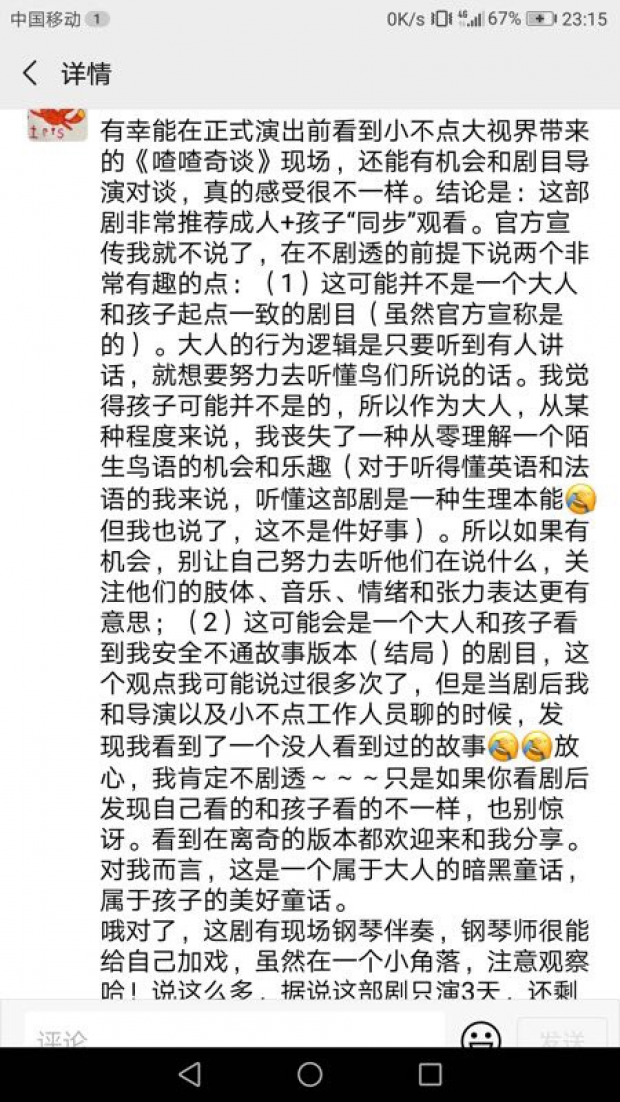